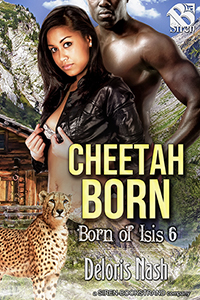 Elijah Zammit, a Cheetah shifter and Council enforcer is sent to Lycan territory to investigate the death of female shifters. Their bodies were found at an old, abandon farm in the Ridgewood Wolves territory. Eli is partnered with a Lycan tracker. Little does he know that she will be the one made for him. His mate.

Rieka Shaw, is a one of the few female trackers for the Snow Water Lycans. She is called to meet with the Alpha, not knowing he is the person who will change her life.

When Rieka arrives at the home of the Lycan Alpha, she is shocked to find her mate. The Enforcer sent by the Council to investigate the murders.

But not everyone is happy about their mating.

How will the mating of a Cheetah and Lycan be viewed? Are they meant to be? 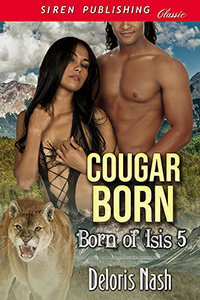 Julien Guidry, a cougar shifter and Council enforcer is sent to Lycan territory to question a captured human for answers about two murdered female shifters. Little does he know that he will find the one he’s been searching for these last ten years.

Dawn Santee, is a science teacher at the local high school in Lycan territory. Dawn follows the assistant principal to an abandon farmhouse where he has taken the kidnapped Alpha’s mate. But she is keeping a dark secret, one that must come to light if she is going to save her friend.

Now that he has found his mate after searching for years, he will do anything, live anywhere, to be with her.

Bella Tigrayan is a tiger hybrid whose life changed with the death of her father and stepmother. Once cherished now detested and scorned, her uncle believes all crossbreeds are an abomination. Her brother is the reason she stays and accepts the abuse from her Alpha.

The Council sent Killian Shadow to help his fellow sentinels find out who was responsible for attempting to kill the Lion Pride Alpha and kidnap his daughter. He never expected to find a female tiger in the forest behind his cabin, attacked and beaten. Having taken her back to his cottage to tend to her wounds, Killian realized this was no ordinary female tiger.

Bella is his mate, the niece of the tiger Alpha.

Killian places her under his protection but her uncle wants her back. The Alpha will do anything to have her back, even send his enforcer. Alpha wants to take her from Killian, the sentinel sworn to keep her safe. 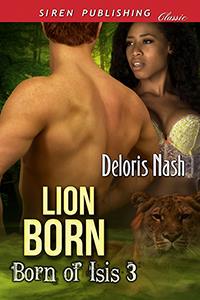 Malachi Adorn is the last Barbary lion shifter who was adopted by the Society after his pride was massacred. He is one of elite sentinels, warriors sworn to uphold the laws of the Changelings. He is recovering from the wounds inflicted by rogue shifters.

Shauna Wren is the daughter of a lion pride alpha and a tigress. A rare female hybrid shifter, but considered an abomination by those who think hybrids should not exist. But the threat to her is nearer than the pride thinks.

When she is kidnapped by the same rogue who ambushed him, Malachi is sent by the council to rescue her. As soon as he scents her, his feral side is aroused and the rescue turns into something more. Shauna is his true mate, the one he thought he would never have. But their enemies are still out there, and their plot for revenge still threatens their future.

Nathan, the Society jaguar enforcer, whose primary duty is to hunt and capture rogue shifters. A group of thieves try to break into Kael, a Society computer company, to steal the target chip designed for the Department of Defense to remotely control missiles Nathan is sent in as the new security chief to uncover the spy.

Once there Nathan meets Kyra, the developer of the targeting chip. He is instantly attracted to her and his jaguar half realizes she is his mate. When the intranet system for Kael is breached for information about Kyra’s team he also becomes her bodyguard. Nathan sends for another enforcer to help him track down the perpetrators.

Nathan and a fellow enforcer fight with rogue puma shifters who are after Kyra. The enforcers beat the pumas but their leader die in the fight, so the hunter is directed to find out was behind the attack. Nathan and Kyra work together to find the traitor inside the company. They discover a money trail connected to the team leader. Although he is the traitor, he is not the one who hired the rogues to attack Kyra.

Nathan brings Kyra to his home, the Society central residence, for their bonding ceremony. The enforcer returns and notifies Nathan that his ex-lover was behind the puma attack against Kyra. The society council banishes his rejected lover from their pack.

After their bonding ceremony Kyra tells Nathan of the surprise she has been keeping secret. But both will have to wait to see if the surprise will be a boy or girl.

He has found his mate but the betrayer wants her for the hidden power even she doesn’t know she possesses.

Aurora Scott has escaped from her obsessive stepbrother, but while on the run, her worst fear comes true when one of his renegades finds her. Forced to flee once more, she is chased by a rogue into the mountains.

Unconscious and wounded, she is found by Mattias River, an elite enforcer, who realizes she is on the run from something or someone. Aurora awakes to find she is in Wind River territory and was saved by the pack sentinel.He takes her into his home to heal, protect, and claim as his mate.

Aurora is confused about her attraction to Mattias. In his arms, she feels safe and cherished and begins to trust again. But the betrayer wants her for himself.